TOP 5 - mythical hills of LBL and how to conquer them 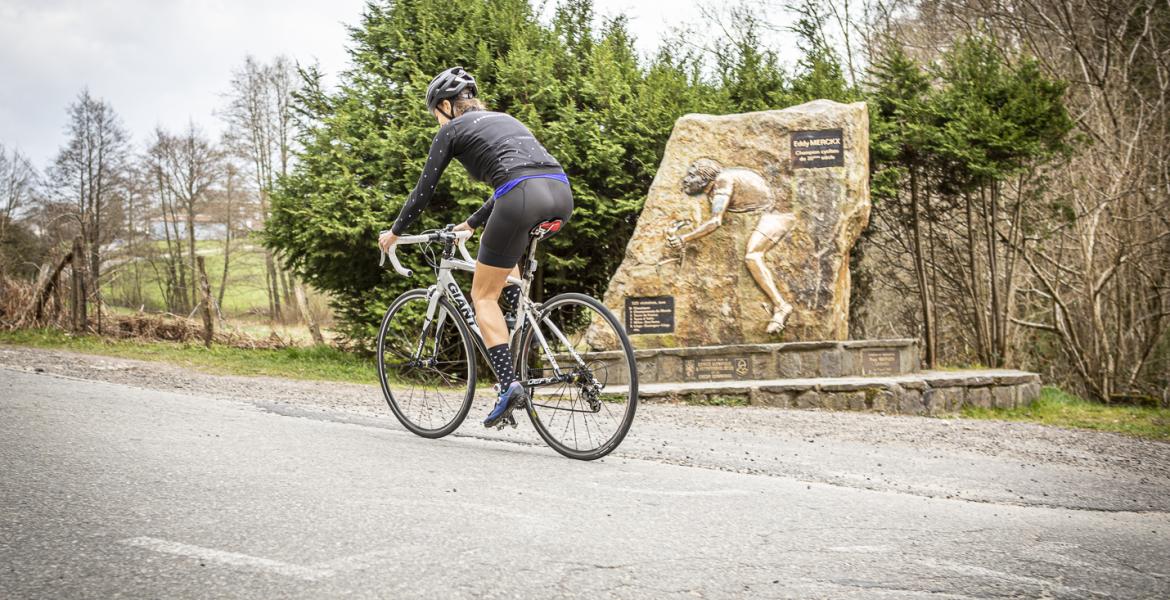 TOP 5 - mythical hills of LBL and how to conquer them

Breathtaking landscapes, immense woods, charming villages and, above all, countless climbs – the one more exceptional than the other – make the Ardennes the perfect cycling destination. Between the legendary ascents, the discrete hills hidden along a forest road, the tremendously steep and extremely long climbs, the possibilities for proper training are virtually endless. Discover our five favourite hills in the Liege-Bastogne-Liege race, tested and commentated by racers in our partner team Bingoal-Sauce Pauwels WB during their training in an Ardennes-étape holiday home!

The Côte de Stockeu, which originates at the Amblève in Stavelot, ascends 227 metres to reach an elevation of 506 metres above sea level. From the steepest section (+12 to +15%), it is considered one of the most complicated ascents in Belgium.

Start with a steep descent where it’s best to be at the back during the race. Add the section across the cobblestones at Stavelot, which makes this section truly complete and very tough, confirms Jelle Vanendert (professional racing cyclist for Bingoal Pauwels Sauces WB).

“It’s the steepest hill in the trilogy Wanne – Stockeu – Haute-Levée, your position as you approach the foot is very important, it’s the first key moment in the race.” Christophe Brandt, ex-professional racing cyclist, team manager for Bingoal Pauwels Sauces WB

The top of the hill is adorned with a statue of legendary Belgian cyclist and multi-winner of the Liège-Bastogne-Liège, Eddy Merckx, ready to congratulate you on defeating the Côte de Stockeu!

Each year, the Liège-Bastogne-Liège takes cyclists up this hill, undoubtedly one of the most characteristic climbs of the competition. It starts in the village of Ruy and takes you to the top along a winding route through the woods.As the first hill to emerge after the Stavelot trilogy, which are always a source of excitement, the Rosier is naturally rather more gentle.

“You can try two things on Rosier: teams can either launch an attack, or it’s a moment for the peloton to have a breather, and take the opportunity to eat and drink before the true finale. It’s also the moment when the large teams attempt to regain control of the race, following the Trilogy.” Jelle Vanendert

The Col du Rosier, which measures 4.5 kilometres in length, is the longest in our selection, however, the gradient of its descent is reasonable, says Christophe Brandt reassuringly. With an ascent of 255 metres, you can enjoy the peaceful and beautiful landscape of Bérinzenne (near Spa) at an elevation of 564 metres.

“When it comes to cycling, Rosier hill is long but manageable. It’s important to adopt a good rhythm right from the start." Jelle Vanendert 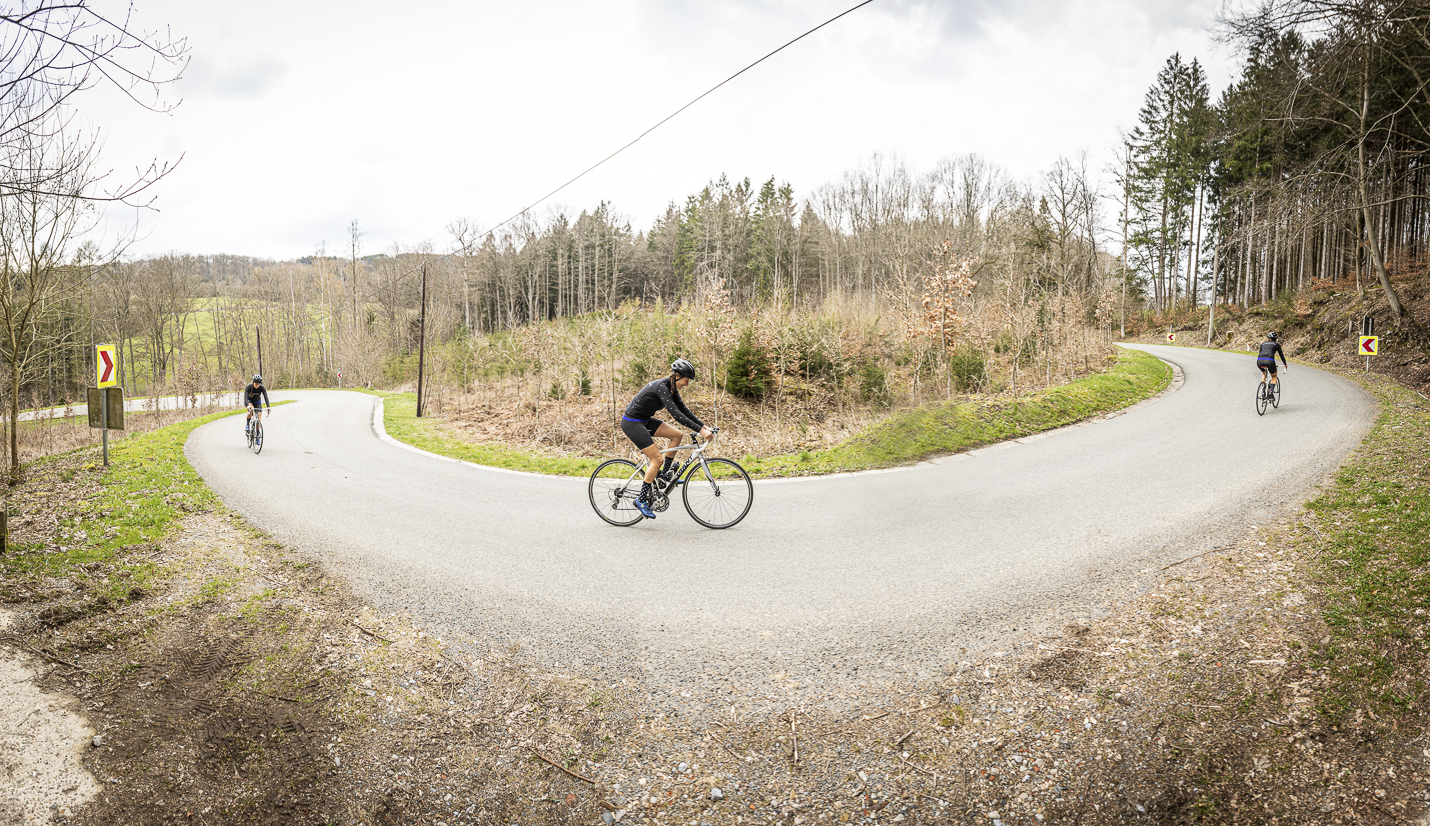 Located in the province of Luxemburg, the Côte de la Roche is a climb consisting of several hills that start in the charming town of La Roche-en-Ardenne. With its steady ascent of 3 kilometres and narrow track through the green Ardennes landscape, it is not surprising it has been considered one of the Liege-Bastogne-Liege classics for many years.

Very popular among fans, racing cyclist always enjoy the cheers from the public.
This long, steep hill requires good preparation, especially as unexpected weather conditions may be encountered as you approach the summit. Be prepared for possible wind, which can have a significant impact during the ascent, warns Christophe Brandt.

“The wind can make a difference. For cyclists, this difficulty is challenging, and it’s hard to find the right rhythm, even when you think the summit is within reach.” Jelle Vanendert“ 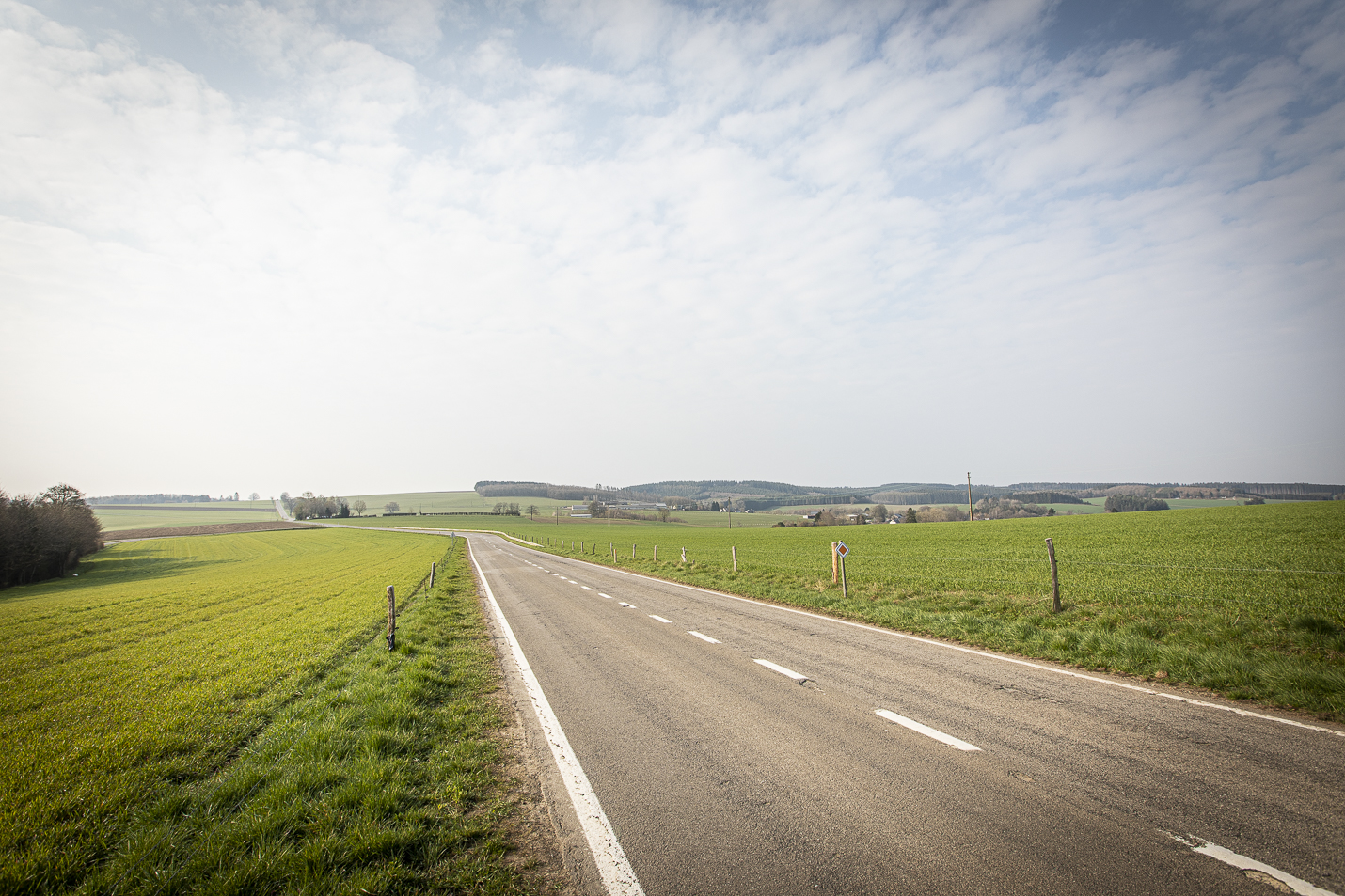 The Côte de la Redoute is without a doubt the climb with the most history. The monument at the top (elevation of 292 metres) commemorates the victory of the French troops during the Battle of Sprimont against the Austrians in 1794.

This hill, which has been a legend ever since the terrible duel between Franck Vandenbroucke and Bartoli in 1998, is the one you absolutely have to do in this area.”
Christophe Brandt

During the entire ascent of 1.7 kilometres, you can enjoy the stunning green landscapes so typical of this region. But don’t be fooled by the distance, as the average climbing grade of 9% promises an intense ascent with a difference in height of no less than 160 metres. If you enjoy a challenge, Jelle Vanendert recommends not starting the ascent too fast, as the last section is very steep. 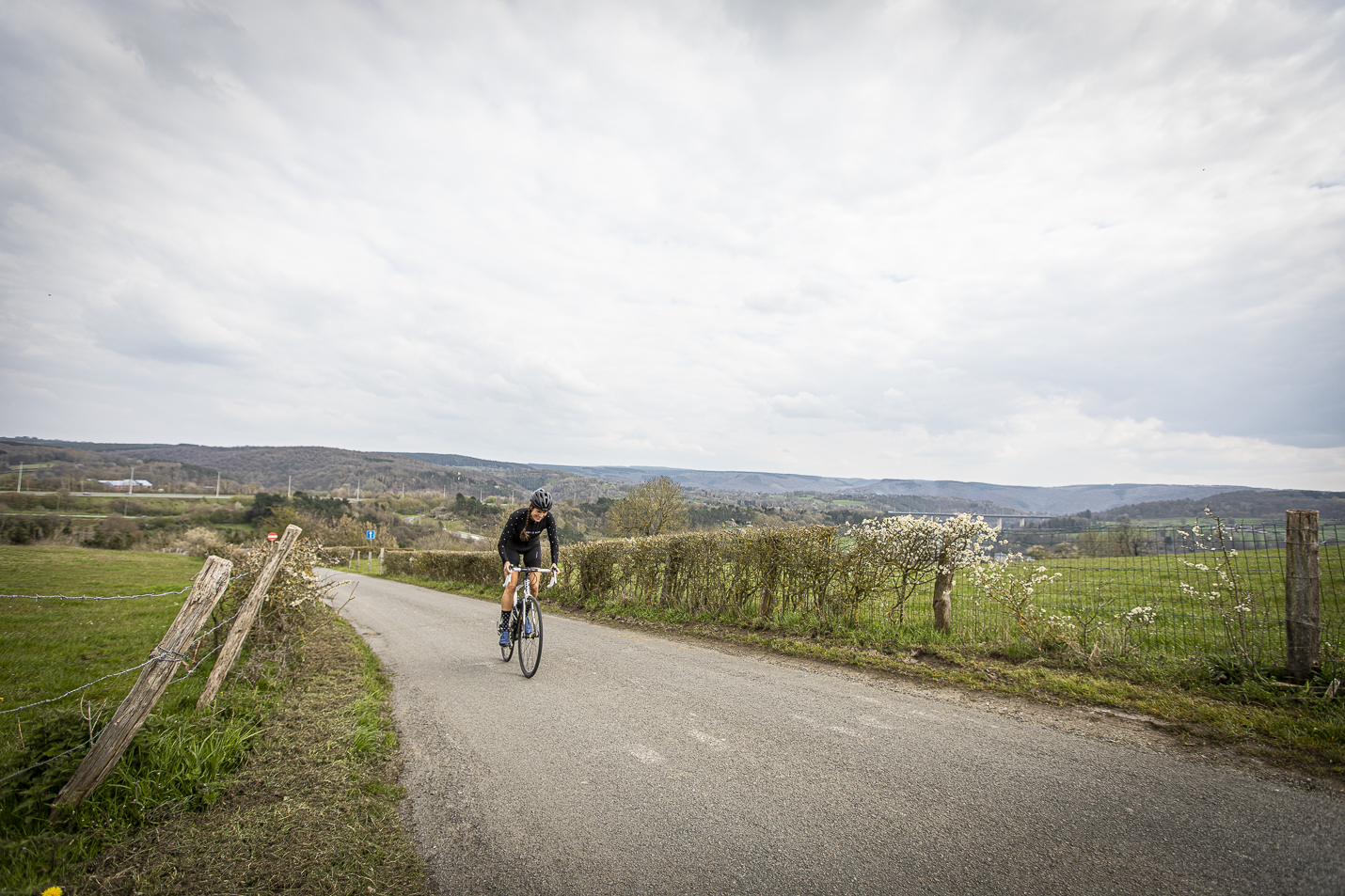 This ascent, which starts on the banks of the Ourthe in Méry in the Esneux region, is the shortest in our selection, with a length of only 1.5 kilometres. But that doesn’t mean it’s a walk in the park, as the rather substantial ascent with a different in height of 143 metres guarantees a short but intense climb.

Decisive racers in the Doyenne have no choice but to invest their remaining energy in the battle, in the hope it will pay off some kilometres down the line. Christophe Brandt agrees, it’s at this stage that you can recognise the opposition: “Here it’s all down to your legs, everyone’s en masse at the foot of the summit, it’s man to man, a mix of strength and vitality, the future winner is likely to be in the group that reaches the summit first”

Don’t let your legs get carried away at the start of the hill which is very steep. Stick to the advice of coach Jelle Vanendert if you want to be sure to reach the summit!

“When cycling, the start of the hill is tough and you need to find the right rhythm, which is not easy. So start gently.” Jelle Vanendert

Once you get higher you will not regret your hard work as you enjoy a well-earned break with a splendid view over the Ourthe valley and the river course. 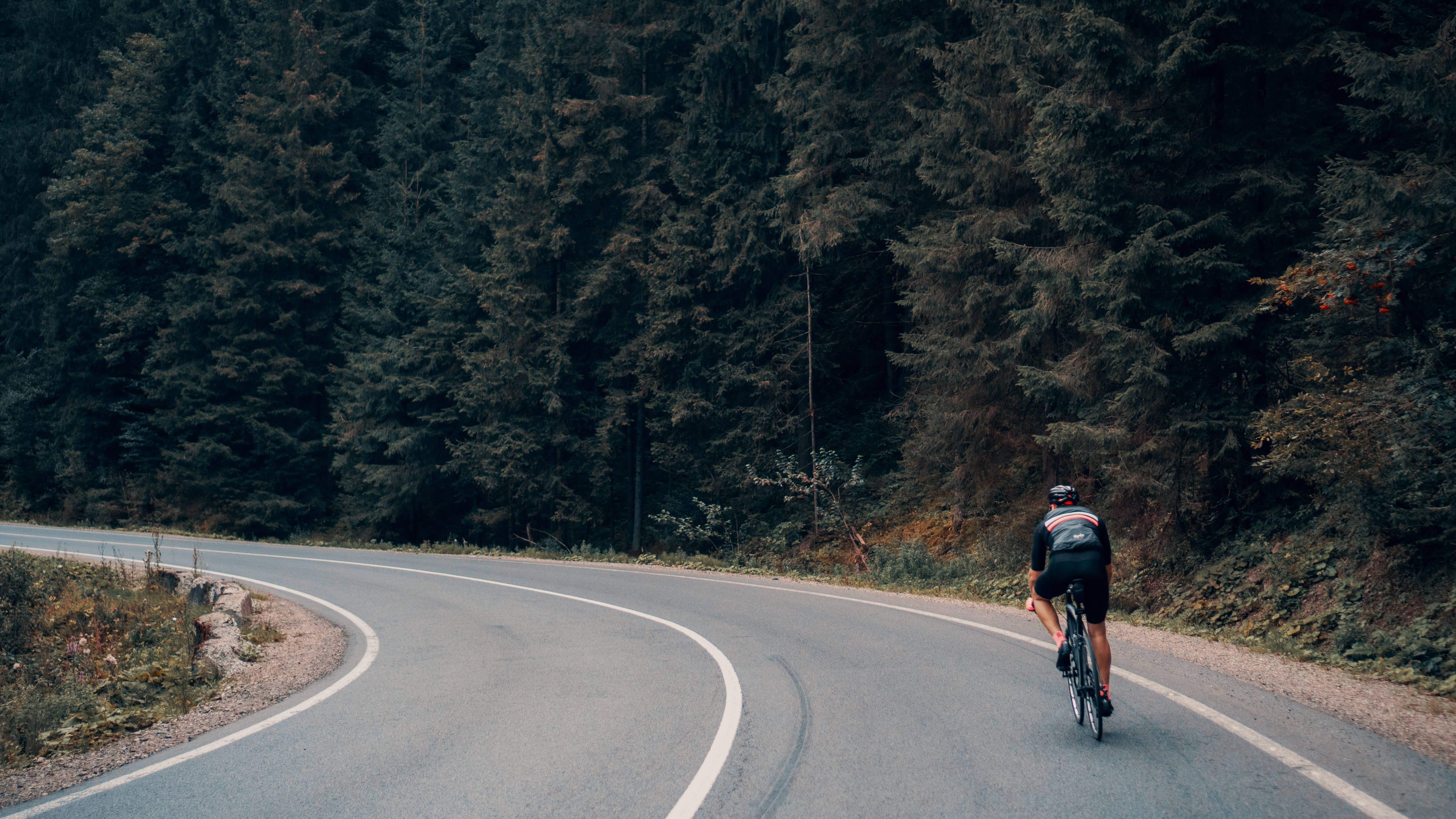 Would you like to take on these legendary climbs? Take your cycling equipment, your luggage, the good advice of professional cyclists and book an accommodation near your favourite hill! 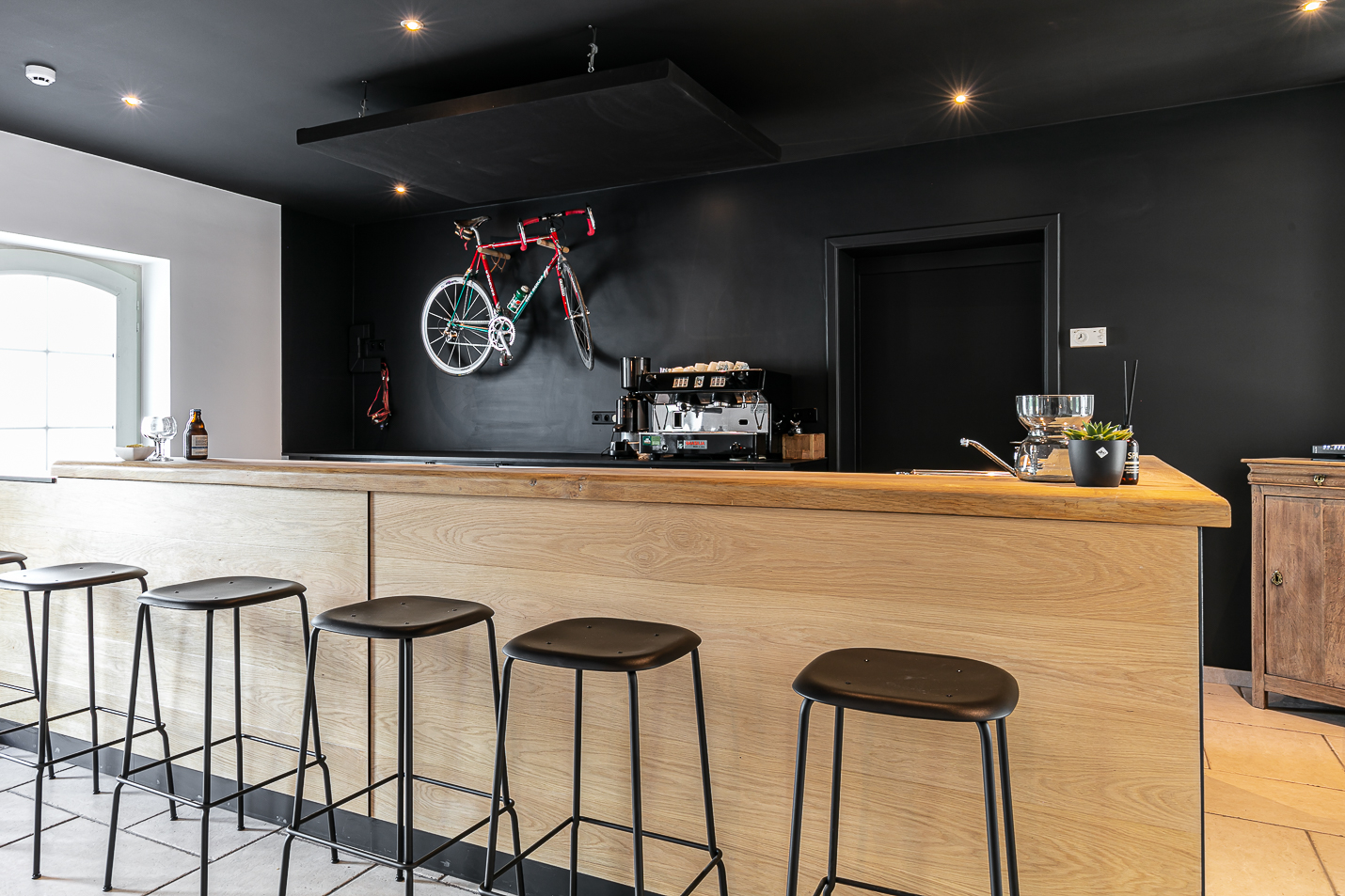 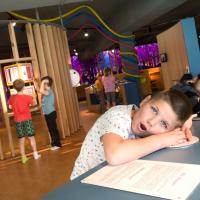 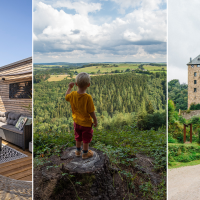 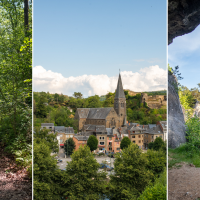 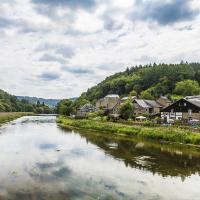 Escape to the Semois Valley: 5 experiences to enjoy during summer
29 Jun 2021